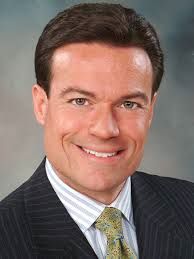 Nominations are open to all residents of Champaign County. The intent is to recognize an individual who has made a difference in the fight against crime. The recipient must have been involved in an ongoing activity or program that helped to stop a crime, solve a case, or made a big difference in resolving a dangerous situation that made a neighborhood, community or the whole of Champaign County safer. Criteria for nominations are very general in order to avoid limiting the kinds of activities that would qualify and maintain a broad appeal to all citizens.

The award for the previous calendar year will be presented during the Annual Meeting of the Board of Directors in July. The deadline to submit nominations is June 1. Please use the electronic form below to instantly email your nomination to Crime Stoppers.  Or if you prefer, you may download the nomination form HERE and mail it to Crime Stoppers.

The winner will be notified by a member of the Crime Stopper’s Board of Directors. They will receive a monetary award of $500, a framed certificate, and their name will be engraved on a permanent plaque.

Past Honorees
Crime Stoppers of Champaign County congratulates these past recipients of the Dave Benton Crime Fighter Award: